The History Of Shapur Indian Restaurant 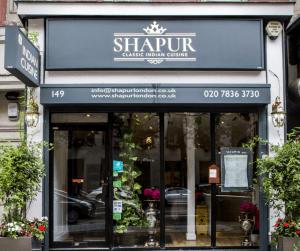 Shapur Indian Restaurant has been serving award winning Indian food in central London for over a decade, but our history actually goes back many years earlier. A truly independent, family-run restaurant, Shapur is built upon a long heritage of serving authentic Indian cuisine in London. Read on to discover more about history of Shapur including the origins of our renowned restaurant and prize winning curry.

The meaning of Shapur Indian Restaurant

The name ‘Shapur’ is taken from Shapur I, a King of Iran who reigned during the second century AD. Shapur’s father, Ardashir I, is known for founding the Sasanian Dynasty. Shapur was chosen as our name in order to represent the regal elements of the food created at the restaurant. This is the reason why our logo represents a King’s Crown.

The word Shapur itself is actually a combination of the word šāh (king) and puça (son), literally meaning the son of a King. Before King Ardashir’s death in 242, the King and his son ruled together for a time.

The background of our founder

Shapur moves to The Strand

With the restaurant in Temple so busy, Mr. Khan eventually made the decision to move to a bigger premises. It was important to stay local to remain convenient for the restaurant’s many regular customers. An ideal location was found just down the road on The Strand. This is our current home, now known as Shapur Indian Restaurant. 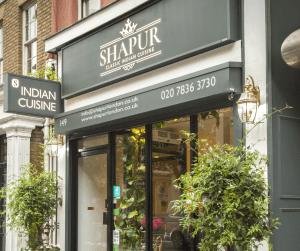 What influenced the menu at Shapur?

The influences on our menu are drawn mainly from South Asian dishes, incorporating both Indian and Bengali cuisine. Our founder had fond memories of big family meals from his childhood and dreamed of bringing the authentic flavours he remembered to London. These foundations formed the basis of the menu. Over the years the menu evolved to touch on some British influences like our crab curry and Salmon tikka. Naturally Shapur also offers all the usual favorites such as chicken tikka masala, chicken jalfrezi and our tiger prawn curry.

Many years later, we’re tremendously proud to continue to serve our award winning curry to hungry diners in central London. Whilst London has grown considerably and the appearance of the restaurant has changed, Shapur has remained true to our traditional roots and continues to serve authentic Indian food to the delight of both regulars and new customers alike.

If you’re new to Shapur and are interested in finding out what makes our curry so special we would be delighted to welcome you to our restaurant. Visit our reservations page to view reservation information or simply call us to reserve a table.

If you have any dietary restrictions, e.g. nuts, dairy products, etc. follow the description of each item. Main allergen ingredients are shown in brackets. If in doubt please ask a member of staff/management.